As the capital of the UK since the 12th century, London has retained its reputation as the global business hub of the UK. As the home of many national and international pharmaceutical and technical companies, London is also often seen as the centre of innovation in the UK.

Costello Medical opened its London office in 2017 after the growth of the Global Headquarters in Cambridge. Situated close to London Liverpool Street station, our London office is now home to over 70 colleagues.

Things to Do in London

If you are visiting London for the first time to attend an interview at the Costello Medical offices, we highly recommend that you take some time to explore this world-renowned city. Known as the Elizabeth Tower since 2012, Big Ben is the name of the 13 ton bell within the clock tower at the top of the Palace of Westminster, and an iconic landmark in the city’s skyline. 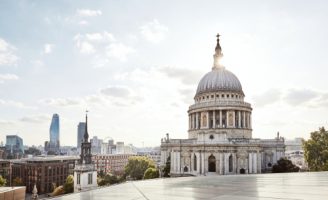 This Anglican cathedral was built between 1675 and 1710 and contains the famous Whispering Gallery. The top of its iconic dome offers stunning views of the city. Built in 1850, it became the official home of the British Monarchy in 1837 and is open all year for public tours. London is home to museums suited to all interests including the National Gallery, the Natural History Museum, the Science Museum, the V&A, Tate Modern, the Royal Observatory and many more. 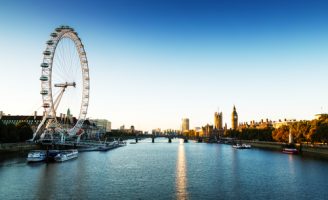 The 135 metre high observation wheel allows you to experience spectacular 360-degree views of London, including all of the iconic landmarks. This website uses cookies so that we can provide you with the best user experience possible. Cookie information is stored in your browser and performs functions such as recognising you when you return to our website and helping our team to understand which sections of the website you find most interesting and useful.

Strictly Necessary Cookie should be enabled at all times so that we can save your preferences for cookie settings.

We use a set of third party tools to provide information of how our users engage with our website so that we can improve the experience of the website for our users. For example, we collect information about which of our pages are most frequently visited, and by which types of users. We also use third-party cookies to help with performance.